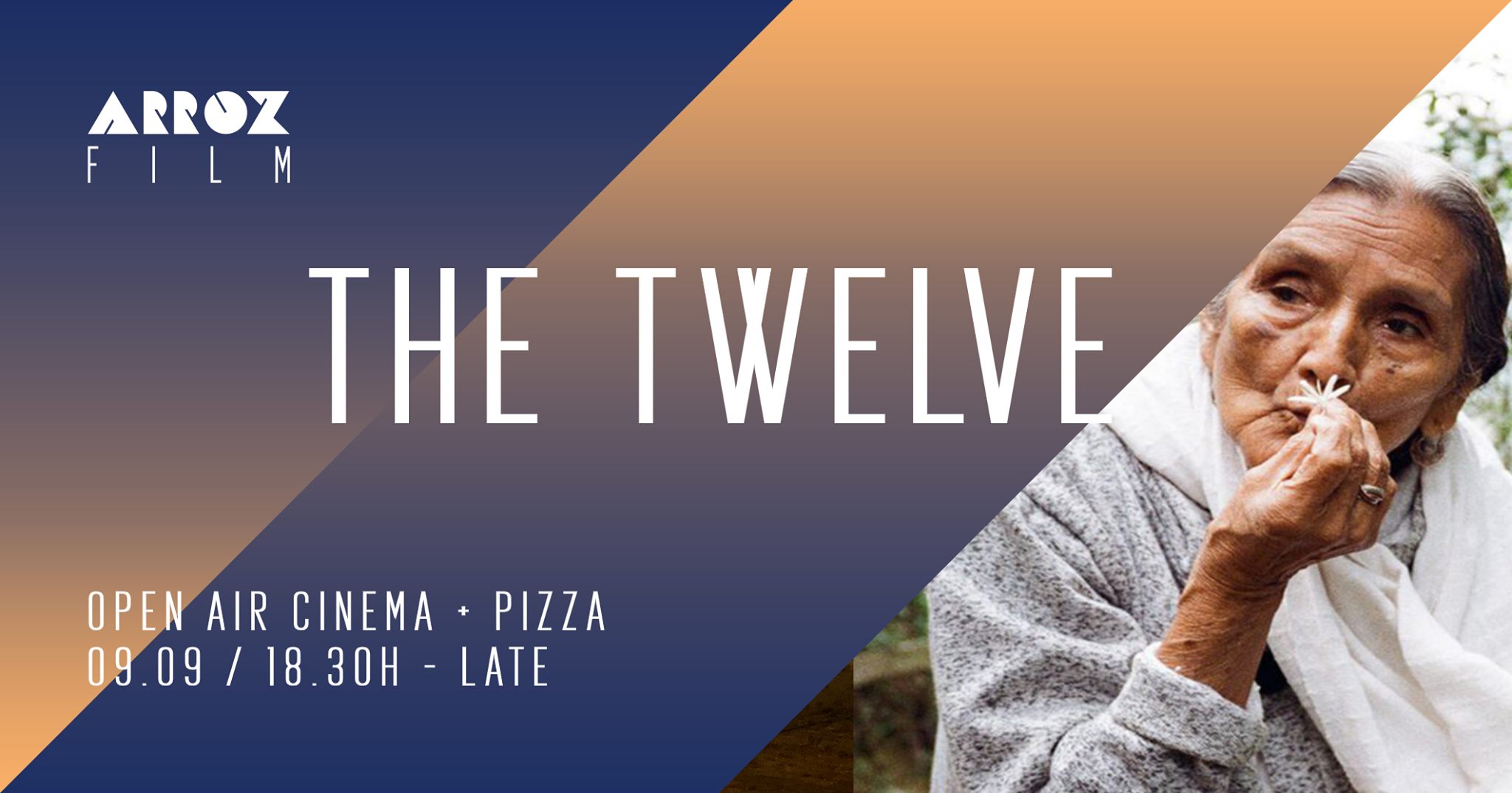 “An epic film, spine tingling, potentially life changing”
“This film has impacted me on a core level and resonate on every cell. And I am sure this will create a giant, beautiful wave.”
We’re thrilled to be sharing with you – “The Twelve”, a feature length documentary that gives a voice to wisdom traditions through the words of these twelve Elders. They share important messages that we can all benefit from in these troubled times.
______________
The bar opens at 17h,
Pizza is served at 18h.
Link to reservations is here:
https://bit.ly/ArrozFilm
______________
• ● ～ Food & Drinks Prices ～ ● •
€8 Pizza & Popcorn
€11 Pizza + 2 Drinks + Popcorn
______________
• ● ～ The Twelve ～ ● •
In November 2017, twelve indigenous elders gathered at the United Nations in New York to create an energy of healing for the current state of our planet. Interviewing each one of them in their home contexts, we followed three of the twelve, who travelled for the first time from the isolated coast of Siberia, the mountains of Colombia, and the deserts of Botswana.
Geographically diverse, the twelve elder’s messages are unified what needs to be done to change the course our planet is taking. Mindfulness may be mainstream, but this film delves into the depths of what it really means to be human.
Film is screened in multiple languages, with English subtitles.
(Rated M/12)
…
We use cookies on our website to give you the most relevant experience by remembering your preferences and repeat visits. By clicking “Accept All”, you consent to the use of ALL the cookies. However, you may visit "Cookie Settings" to provide a controlled consent.
Cookie SettingsAccept All
Manage consent

This website uses cookies to improve your experience while you navigate through the website. Out of these, the cookies that are categorized as necessary are stored on your browser as they are essential for the working of basic functionalities of the website. We also use third-party cookies that help us analyze and understand how you use this website. These cookies will be stored in your browser only with your consent. You also have the option to opt-out of these cookies. But opting out of some of these cookies may affect your browsing experience.
Necessary Always Enabled
Necessary cookies are absolutely essential for the website to function properly. These cookies ensure basic functionalities and security features of the website, anonymously.
Functional
Functional cookies help to perform certain functionalities like sharing the content of the website on social media platforms, collect feedbacks, and other third-party features.
Performance
Performance cookies are used to understand and analyze the key performance indexes of the website which helps in delivering a better user experience for the visitors.
Analytics
Analytical cookies are used to understand how visitors interact with the website. These cookies help provide information on metrics the number of visitors, bounce rate, traffic source, etc.
Advertisement
Advertisement cookies are used to provide visitors with relevant ads and marketing campaigns. These cookies track visitors across websites and collect information to provide customized ads.
Others
Other uncategorized cookies are those that are being analyzed and have not been classified into a category as yet.
SAVE & ACCEPT